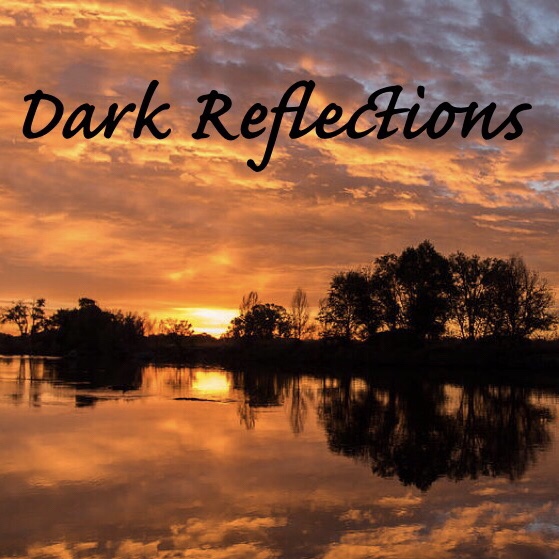 Three reflections on observations made on dark early morning journeys into work:

Firstly – Sat Navs can cause confusion.

One morning, not too long ago, I was confused when my Sat Nav, suddenly added 18 minutes to my expected journey time to work. I couldn’t discern why and so concluded that I must have entered a time warp and that my understanding of the space-time continuum would need rethinking. Later I realised it was simply that I had set the Sat Nav for home. My confusion had resulted from setting an inappropriate goal and then paying too much attention to what the IT was saying.

It seems to me we are in danger of doing the same in medicine. It’s been remarked on before that computers were once our servants but that we have now become their slaves. We have set our destination as ‘perfect health’, believing that medical knowledge and technological advance could deliver just that. Though an unrealistic goal, it is one our political masters, and much of society, continue to demand.  The result is that too many of us in the NHS are confused – feeling overwhelmed, disillusioned and unhappy. Burdened with striving for the perfection the system demands and forgetting that not everything deemed urgent is important, we find ourselves constantly responding to messages that tell us we are deviating from our course and that somehow we are not up to scratch. And worst of all, as we chase the measurable targets that are demanded of us we are in danger of missing the unmeasurable, but immeasurably more important, needs of the patient in front of us. Sickness and suffering are, regrettably, part of life. Though we should try to alleviate it, believing it can be eradicated, we lose our capacity to tolerate any form of difficulty. And so, every day normal inconveniences become worthy of an urgent consultation – ‘Acne? The duty doctor will see you now’.

Medicine harms – not only by way of drug side effects and surgical complications but also by creating health anxiety and promoting dissatisfaction with one’s lot by colluding with the idea that what is normal is unacceptable. Furthermore the constant pressure to deliver perfect medical practice is harmful for us as doctors – an insistence that all must be done perfectly – every guideline followed, every problem solved, every demand met – will lead to a generation of guilt ridden doctors who are paralysed by the fear of doing it ‘wrong’. No wonder it has been reported that about 50% of doctors presenting in difficulty to support services are GPs and 50% of those are aged 29-32. We need to continue to look after each other.

So how to solve the problems of the NHS?  Easy. We just need to reset the Sat Nav – and decide on some other place to go than ‘perfect health’. I’m absolutely certain there are better places to visit – I just doubt whether society will be able to agree on where that place might be.

Not long after getting my new phone, it thoughtfully informed me, as I climbed into my car one morning, that the journey to my practice would take 29 minutes. At first I found it a little unnerving to think it knew where I was going. But later I realised it was simply being presumptuous. I say presumptuous because travelling around in my pocket for a few weeks did not give it the right to think it knew me. OK it got lucky that particular morning – and a number of mornings since if I’m honest – but, believe it or not, it takes more than a few weeks to know who I am.

I am closing in on 23 years as a partner at my practice  and one of the great things about working in one place for as long as that is that you get to know people – and people get to know you – rather better than a jumped up piece of electronics can over a couple of weeks. This is true in relation to the patients on one’s list – and is why we must continue to resist any pressure to give up the concept of personal lists. Patients are all extraordinary complex and if we are to be in any position to be remotely helpful to them then we need to understand them better than is possible from a cursory acquaintance. But just as significant perhaps as how well we know, and are known by, our patients is how well we know, and are known, by those with whom we work. We too are all extraordinary complex – unfathomable even. I truly value the constancy that I have known at my practice over these past many years. To feel one has a place and that one is accepted – despite ones many limitations – is immensely reassuring – particularly in a job such as ours where we deal with so much uncertainty – both in terms of the problems that are presented to us and the insecurities that we feel within ourselves – or at least I feel within myself. Of the eight partner practice I became a part of, though three partners joined, only one retired in the first 18 years I was with the practice. Our practice manager started at the same time as me and some of the members of nursing and admin teams predate me. More recently, four partners have retired in the last four year. They were such a part of the practice that they are still genuinely missed – somehow something seems to be missing.

Now that’s not to make the seven excellent new doctors we have appointed in recent years feel uncomfortable. The practice has been a place of constancy for a big chunk of my life but, at the same time, never unchanging. I am absolutely delighted to have each of the new partners with me – all are already friends as well as colleagues – and I look forward over the next 8-10 years (maybe) continuing to get to know and be known by them better. I very much hope they will feel as supported and at home as I have these past couple of decades.

GP Practices are important. Because resilience doesn’t just come from within. It comes from without too – from the support and encouragement provided by those one can lean on when times are hard and who, in the event of you falling, can be relied upon to pick you back up again when you haven’t the strength to do it yourself.

On a personal level, recent years have not always been easy. Frequently it’s all felt too much. Now I’m fully aware that others – both within those who will read this and amongst our patients – have far worse difficulties to face than I do – but inevitably my own problems often dominate my thoughts. I’ve lived long enough now to realise that, as I’ve already suggested, nobody escapes suffering – it’s true for our patients, it’s true for our families and, of course, it’s true for each one of us. It is part of what makes up a life. But at such times it’s good to be amongst a bunch of people with whom one can be weak and know that, even if they can’t fix it for you, they none the less care. Which is, I suppose, a large part of what being a doctor – indeed a large part of what being human – is about. I am hugely grateful to those I have blubbed down the phone to on a Sunday evening, to those who have offered to cover if I ever wanted to leave work and take some time, and those who have simply known and shown concern over the years. I have often thought that happiness has got less to do with what you do in life, and rather more to do with who you do it with. I’m glad to have done whatever I have done with the people I have. I don’t see that changing.

And lastly and ever so quickly – the third thing I’ve noticed on my way to work. The sunrise is sometimes staggeringly beautiful. There have been a few glorious ones. It is good to get a little perspective by looking outward at something more impressive than oneself. Not only is it more satisfying to admire the admirable than to be admired, it’s good to be reminded that, after a period of darkness, the sun eventually rises. ‘Weeping may tarry for the night, but joy comes with the morning’.