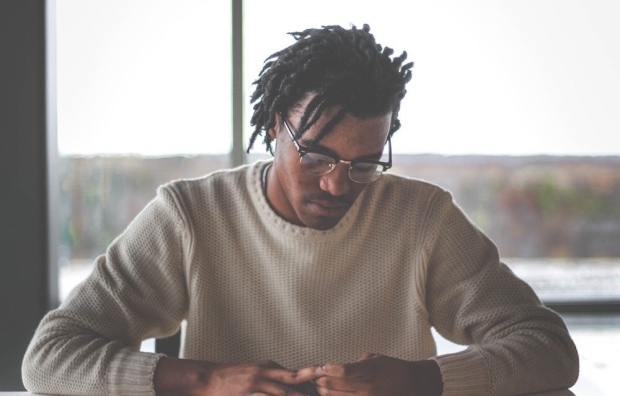 It’s not a new phenomenon but I can’t help thinking that this last year has, once again, seen the professionalism of general practitioners undermined still further. We are increasingly being treated as naughty children.Two issues have particularly highlighted this for me.

I used to think, perhaps naively, that it was just bank robbers and murderers who got sent to prison. But now it seems that, by virtue of my being, for CQC purposes, the registered manager of the practice in which I am partner, I couldn’t go to prison for the heinous crime of pouring a urine sample down the sink in my room despite the fact that, as far as I am aware, this cavalier attitude of mine, has never done anyone any harm. Furthermore I am advised that I could be up on fraud charges for wantonly consulting with an 85 year old lady at what is, for her, a more convenient time than the 7:40pm appointment she had booked under Advanced Access arrangements.

This is, and I hope you’ll excuse the strong language, blinking stupid.

We are having to do things for no other reason than someone, somewhere, demanding that we do. And we are being cowed into submission merely to satisfy their agenda and justify their existence.

And not only is it, and I’m getting really cross now, bloomin’ (yeah, I know!) stupid, it’s also depressing and anxiety provoking.

In his book, ‘Lost Connections’, on the causes of depression, Johann Hari makes the point that “human beings need to feel their lives are meaningful – that they are doing something with purpose that makes a difference”. He quotes a study from as long ago as the 1970s by Michael Marmot who, investigating stress in the workplace, found, perhaps counterintuitively, that ‘the lower an employee is ranked in the hierarchy, the higher were their stress levels’. It turns out that the less control you have on your work, the more stressed and you become. ‘When you are controlled, you can’t create meaning out of your work’. That’s increasingly becoming us in General Practice.

Hari described a group of people who worked in a bike store who, depressed and anxious as a consequence of being ordered around by their boss, decided to break away and set up their own bike store – one run along different lines. Decisions were made collectively and, by giving themselves autonomy and control over their work, they reaped huge psychological benefits for themselves.

So what of general practice? Like those bike store workers we too are being controlled by others and made to work in ways which we disagree with and in which we see no value. And it is depressing. But it’s not just about throwing urine samples down the sink and seeing patients at mutually convenient times that I’m referring to – it’s also so much of our clinical work.

Des Spence, writing in 2016 in the BJGP about the workforce crisis faced by General Practice dismissed attempts at managing an increasing workload by such measures as total telephone triage and Internet based consulting. Acknowledging that there is no substitute for a face to face consultation between doctor and patient, his solution to the problem was, therefore, that we must reverse the escalating patient demand in ‘today’s largely disease-free Britain’. But first we need to understand what is driving our patients’ health-seeking behaviour. His answer to this question makes for uncomfortable reading since he blames the clinical practice of we GPs who, as we medicalise the human existence, fuel health anxiety and thereby make patients increasingly dependent upon us

Spence goes on to rehearse the well known argument that we shouldn’t prescribe antibiotics for a sore throat since it only serves to encourage patients needlessly to return the next time they develop the symptom. But he expands the argument to antidepressants quoting the evidence that most of the observed benefit of antidepressants is merely the placebo response, with any actual benefits being marginal or non-existent. With, according to Cochrane, a NNT for SSRIs of 7, it follows that 86% of patients don’t benefit from their use. But, like antibiotic prescribing for sore throats Spence asserts that prescribing antidepressants for low mood has ‘a far-reaching cascade effect on our time’. So too, he says, does the prescribing of drugs such as opioids and gabapentinoids which have equally poor evidence for their effectiveness.

Warming to his theme, Spence then looks beyond prescribing to how unnecessary investigations and referrals generate still more work as further anxiety is created, for both patient and doctor, with the uncovering of each additional minor abnormality. He concludes that, rather than too few doctors, “there is too much medicine” and that “iatrogenic harm Is the spectre in today’s world of polypharmacy for all.”

His final paragraph rightly asserts that “the debate about workload in general practice should in reality be a debate about clinical practice. If we want to reduce stress and workload the solution is” he sees, “in our hands only. We need to prescribe less, intervene less, and refer less… by implementing non-prescribing policies, actively stopping medications, and analysing referral patterns. Nationally, GPs need to seize total ownership of primary care guidelines, and kick off the idiot aristocrat specialists who know nothing of primary epidemiology and project unrealistic guidance from flawed hospital-based research. Finally, good medicine can only be achieved through good access, and good access can only be achieved by less medicine.”

It’s powerful and inspiring stuff. And yet we still find it hard, or at least I do, to resist doing what in my heart of hearts I know all too often is not really what is required. Why? Because I’m a little too scared to say ‘No’ to the perceived wisdom, too eager to toe the line, too ready to settle for an easy life. Only that easy life is, of course, not easy at all. As previously stated, to be made to behave in ways one doesn’t want to is the way madness lies.

Wouldn’t it be great if general practice could be different? Really different – to go with what is true rather than what is too often uncritically accepted by society. But to do so we’ll have to be brave enough to think differently to what has become increasingly the consensus – namely that life is a medical problem – that medicine is the answer to the bulk of the problems that we are presented with.

As Bob Dylan sang “I’ll go along with the charade until I can think my way out”
But thinking your way out can sometimes be hard.

In his book, ‘How to think’, Alan Jacobs writes of how, once established, the consensus is hard to challenge because there is great comfort in sharing the commonly held position. He quotes Marilynne Robinson who suggests we have a “collective eagerness to disparage without knowledge or information” alternative or unpopular views “when the reward is the pleasure of sharing an attitude one knows is socially approved.” If this is true, as doctors we are, in the medical setting, predisposed, without thinking, to endorse the view that medicine is universally good because we know that those we are talking to are likely to share this view, and approve of us for so doing. This is particularly relevant when we talk to our patients who, by coming to us in the first place, have made it clear that they believe we have the answer to their problems. Simply by bringing their low mood to a doctor, our patients have decided that it is a medical problem, a view that has been encouraged perhaps by their friends and family and generally endorsed by society as a whole. And we tend to all too easily agree with our patients, even when we do them a disservice by doing so. And all the more as we do so love to be needed.

We are, in the moment of the consultation, invested in not thinking because, it would feel too uncomfortable to disagree because, as Robinson puts it, “unauthorised views are in effect punished by incomprehension…as a consequence of a hypertrophic instinct for consensus.”

Jacobs asserts that if we want to think, then we “are going to have to shrink that “hypertrophic instinct for consensus.” But, he says, ‘given the power of the instinct, it is extremely unlikely that [we will be] willing to go to that trouble”

Jacobs believes that the “instinct for consensus is magnified and intensified in our era because we deal daily with a wild torrent of what claims to be information but is often nonsense”. That is the certainly true in the medical world with the nonsensical demands that are too often unjustifiably imposed upon us. Jacobs quotes T.S. Eliot who, almost a century ago, wrote, “When there is so much to be known, when there are so many fields of knowledge in which the same words are used with different meanings, when everyone knows a little about a great many things, it becomes increasingly difficult for anyone to know whether he knows what he is talking about or not.” And in such circumstances, “when we do not know, or when we do not know enough, we tend always to substitute emotions for thoughts.”

That is, confused about what to believe, we will default to what feels comfortable and agree with the consensus, the perceived wisdom. Jacobs believes that “anyone who claims not to be shaped by such forces is almost certainly self-deceived.” We are social beings who need to feel accepted and, since agreeing feels good, we are prone to toe the line. “For most of us”, Jacobs suggests, “the question is whether we have even the slightest reluctance to drift along with the flow. The person who genuinely wants to think will have to develop strategies for recognising the subtlest of social pressures, confronting the pull of the ingroup and disgust for the outgroup. The person who wants to think will have to practice patience and master fear.”

So could we as General Practitioners do that? Could we practise patience and master fear and do things differently? Could we practice medicine in the way those bike shop workers did, resisting the ‘hypertrophic instinct’ for the medical consensus and with it the demand to behave in ways that are imposed on us by government, pharmaceutical companies and society as a whole? Could we instead make collective decisions on how to practice based on what we know as GPs to be true? And could we thereby give ourselves autonomy and control over our work and as a result bring about genuinely better health for our patients and real psychological benefits for ourselves.

I’d like to think we could. It’ll be uncomfortable – speaking the truth often is – but it would be professional.

And just think of the benefits.
We could even keep pouring urine down the sink!