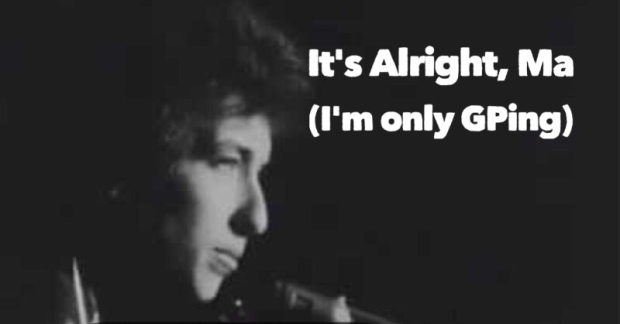 Not so long ago, a school uniform committee was set up at the local educational establishment frequented by my children. Predictably enough, though nobody seemed to have a problem with the previously requisite attire, before long, presumably to justify their own existence, changes started being made and additional expense was forced on parents who had to spend money they would rather not, simply to satisfy the desire of those imposing the new requirements.

Immanuel Kant, the great German philosopher of the seventeenth century, once said, ‘The possession of power invariably debases the free judgement of reason’ or as William Pitt the Elder put it in a speech in 1770, ‘Unlimited power is apt to corrupt the minds of those who possess it.’ Those with power think differently because of that power and do so in a way that tends to favour their own ends rather than those of others.

This is a problem – and not only because of the cost I incurred kitting out my children. There are those who have power over us in the world of medicine, the government, the CQC and various regulatory bodies to name but three. If Kant is right, inevitably that power will serve them more than it serves us. But before we join the revolution and line our masters up against the wall, there are some things we should consider. Firstly we should think about the nature of the authority held by those who make the rules. We make a mistake if we think we should necessarily be the final arbiters of what should be done and how. It would be arrogant to think we know everything and do not need guidance from those with greater expertise. But equally we should be slow to comply with the instructions of those who impose their will but have yet to demonstrate that they have the requisite wisdom and knowledge for their authority to be accepted. Stanley Milgram’s carried out experiments in the 1960’s, in which he found subjects were, contrary to their conscience, prepared to administer potentially life threatening electric shocks to people when instructed to do so by someone in authority, even when those they were shocking had supposed heart conditions and were begging for them to stop. Such experiments demonstrate how prone we are to obey authority figures.

So we need to keep our minds switched on and think critically about what we are being asked to do. The way we practice should not be as a consequence of a mindless desire to satisfy the guidance with which we have been issued. If we are nothing more than protocol following service providers it will make us bitter and complaining, resistant but not resilient – there is a difference. Bob Dylan had it right when he sang of how ‘the masters make the rules, for the wise men and the fools’ and that those ‘who must obey authority that they do not respect in any degree…despise their jobs, their destinies’ and end up doing ‘just to be nothing more than something they invest in’

We need to be different. We need to be professionals who enjoy their work despite the stress because we know that the work is meaningful. We will be humble enough to follow advice and guidance from those we trust but when we do it will not be simply so we can be suitably compliant but because we see it as the best way to achieve the desired end – the best for our patients.

Because as Kant also said, rational human beings should be treated as an end in themselves and not as a means to something else. Which brings us to another important consideration. We have power over our patients. Milgram’s experiments also demonstrated how carefully power must be wielded . And so we must ask how often do we use our power in such a way to serve our best interests rather than the best interests of our patients? How often do we steer our patients to make decisions that make our life easier? How often do we use them as a way to make us feel good about ourselves?

Of course GPs are human and therefore subject to the same limitations that this brings on everybody else, but we should be mindful of how we may be prone to act and take steps to counter this unhelpful tendency. For me this is one reason why personally I want to remain a GP and not be called something that some might consider more honourable. I acknowledge that there may be benefits in our being known as a Consultant in Family Medicine in terms of patients recognising the degree of our training and expertise, it certainly sounds more lofty, but, for me, it distances me from the patient I am seeking to help. I don’t want to be in this job for status – I need to stay grounded, maintain a little humility. The title GP is certainly a more down to earth title, but it is, as a consequence, one which, as well as making us more approachable to patients, helpful, I think, in limiting the power we may be tempted to feel and which is liable to be used, at least by me, a little too much to my own ends.

In short, and I know this may be controversial, I’m happy to be ‘just a GP’.